If you are on a fertility journey to start or expand your family, you know how special it is when conception takes place. Did you know…

-There are about 40 million to 1.2 billion sperm cells released with every ejaculation, yet only around 2 million of these persistent swimmers actually reach the cervix. According to https://www.livescience.com/32437-why-are-250-million-sperm-cells-released-during-sex.html
-For the 2 million sperm that enter a woman’s cervix, around 1 million actually make it to the uterus.
-For the 1 million sperm that reach the uterus, about 10,000 make it to the top of the uterus.
-For the 10,000 sperm that make it to this point, around half of them actually go in the right direction heading to the egg cell.
-For the nearly 5,000 sperm that make it into the utero-tubal junction, around 1,000 of these reach the inside of the Fallopian tube.
-For the 1,000 sperm entering the tube, only around 200 actually reach the egg.
-In the end, only 1 lucky sperm out of this group of 200 actually penetrates and fertilizes the egg! 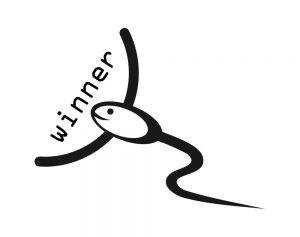 When Sparks Fly
So what happens when the lucky sperm finally gets to meet the egg? Fireworks! The magic of conception can happen any time in the week after sexual intercourse has taken place. Post ejaculation, the time it takes the sperm to reach the egg can take 45 minutes to 12 hours, but sperm are capable of surviving more than six days in a woman’s body. Research has shown that visible zinc sparks are released along with calcium levels at the time of fertilization. This fertilization releases a flash of light, and according to scientists, the size of the zinc spark determines the egg’s ability to grow into a healthy embryo. When it comes to in vitro fertilization, doctors are able to evaluate and grade the fertilized eggs as they grow in the lab, but they aren’t necessarily able to determine if they will implant.

Hatching a Woman’s Egg
When a baby girl is born she will have more than one million eggs residing in her ovaries. As she grows and ages, the eggs start to die and a mature egg is set free from the ovaries approximately every 28 days. This egg travels to the fallopian tubes and rests there for 24 hours. Unless the egg is fertilized by a sperm, this mature egg will end up in the uterus and break down. Without conception, the ovary will stop synthesizing the hormones progesterone and estrogen along with the thick uterine lining.

How Sperm are Produced
Men’s bodies are always producing sperm by the millions which are designed to find and penetrate an egg. It takes about 2-3 months for the body to create a sperm cell and the typical lifespan of sperm is a few weeks. The hormone that controls sperm production is testosterone, and the sperm is held in the testicles. Before ejaculation occurs the sperm mingles with semen. The sperm that makes it through the egg determines the gender of the baby. When the sperm has a Y chromosome it will result in a boy while an X chromosome will result in a girl.

We already mentioned that fertilization happens when the sperm gets inside the egg, and when that happens, the egg changes so that no other sperm can get through the barrier. Once fertilized, the egg can stay in the fallopian tube for up to 3-4 days while it divides into multiple cells and continues dividing on its journey to the uterus. Implantation happens when the egg attaches to the uterine lining. If the fertilized egg fails to implant it will be swept away during the next menstrual cycle. Once implantation occurs, the uterine lining thickens while a layer of mucus will develop over the cervix to seal it until labor.

As you can see, when the sperm meets an egg and fertilizes it, you have the beginnings of the magic of conception. If you are trying to conceive and would like help on your journey, our caring team of board-certified Reproductive Endocrinologists at Idaho Fertility Center want to help you. We invite you to call us at 208-529-2019 today to learn more.